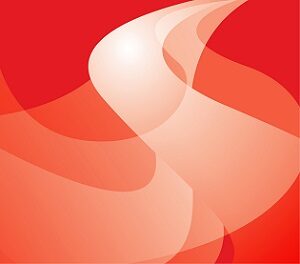 In mid-July this year, the Vice Chancellor of the University of Western Australia announced his intention to decimate its Anthropology and Sociology departments. While this may seem like an isolated incident, it reflects an increasing neo-liberalism within tertiary institutions. As responses to the UWA restructuring suggest, this is just one step in the reconstruction of tertiary institutions as ‘degree factories’ driven by increasing profit margins, as though higher education was a business. Closer to home, this has been recently critiqued as related to the rise of creeping managerialism in universities . This often result in attacks on the disciplines that take a more critical stance towards politics and the world in general – often these attacks are quite explicit, as with authoritarian leaders in Hungary and Brazil who have looked to ban Gender Studies, Sociology, and other subjects. In the United States, the latest inflection of the culture wars seems to be an all-out assault on critical race theory, presumably motivated by the same assumption that informed Orban and Bolsonaro’s actions: it is better to shoot the messenger than deal with the embedded social inequalities that have become increasingly visible in the last decade. High school children protest the impacts of climate change, pollution and eco-system collapse as a direct result of neoliberalism and corporate greed, while movements such as #metoo and Black Lives Matter demonstrate that people are not prepared to accept ongoing institutional violence. It is clear that the critical perspective offered by the social sciences is crucial at this historical juncture. In the light of these recent events, the Sociological Association of Aotearoa (New Zealand) sees a need for a greater understanding of the value of sociology within our current world.

Professor Karl Spracklen provides assistance here. He argues that there are three moral arguments in favour of the social sciences. First, learning for its own sake (rather than solely for vocational purposes) is both pleasurable and important. This is a key tenet of the modern university. All universities in Aotearoa encourage this, viewing advanced learning as the pathway to intellectual independence. Second, social scientific knowledge helps illuminate what it is to be human, what our obligations to others are, and how to function competently in the world. In this it also has a social justice remit, committing to human flourishing, helping to make the world a better place. Third, the social sciences speak truth to power. They expose patterns of privilege and disadvantage. As Victoria University of Wellington student Hayley Goldthorpe explains: “what I really got from sociology, is thinking intersectionally about different oppressions, having to confront my own privileges and oppressions and how they count at an individual and structural level, and – above all – learning the importance of humility and embracing the fact that I will never know everything or be in the best position to know/speak to everything, but that is okay”. Again, this is core business for the university. Under Section 162(4) of the Education Act 1989, one of the key legal definitions of a university in this country is that those within it accept a role as ‘critic and conscience of society’. To attack the social sciences, then, is to attack the fundamental principles of the modern university.

The study of Sociology also helps provide what Universities New Zealand refers to as ‘basic life skills – analysis, flexible thinking, communication, adaptation and innovation’. In this, then, we help fulfil the function of the university, which is to train and to educate. Sociologists develop a portfolio of transferable skills that are widely valued in the labour market (including writing skills, critical thinking, digital literacy and the ability to work independently and to deadline). As University of Auckland student Eva Mountfort describes: “When engaging in conversation with other sociology students, a theme that has stood out to me is that sociology has given us tools to critically analyse society, and therefore we are then able to communicate alternative ways of viewing important, current issues to our friends and family.”

These skills are particularly valuable in a time when there is little certainty about what the jobs of the future will look like, and when industry-specific skills may be outdated within a short space of time. Sociologists also understand human relations. In a world of big data and global capital flows it can be all too easy to lose sight of the most important workplace element of all: people. Students of sociology gain deep knowledge of the workings of society. The fact that sociologists seek to understand ourselves and each other makes us useful in two senses: it aids self-development and it helps us to understand the circumstances of others. One of the most desirable attributes a person can bring to a job is the ability to work with others from diverse backgrounds. The core sociological skills – researching (finding out things about the world) and theorizing (explaining them) – are at a premium in the information-dominated economy. Sociology is a modern discipline that came into being to understand modern times. ‘Sociology is thus closely bound up with questions of social justice and attracts the sort of people who care about the world and the wellbeing of others’ (McManus et al., 2019: 3). People who work in the broad field of social justice are arguably doing the most important work of all.

The human-centred skills that sociology provides are often referred to as ‘soft’ skills. But these soft skills are hard to replace. They are not easy to automate. It turns out that computers struggle where sociological skills are the strongest. They can’t do empathy, they struggle to make moral decisions, they can perform poorly in complex situations, which is to say they are not great at contextual thinking, and they don’t work well with others. For example, AI (artificial Intelligence) is increasingly promoted as the way forward to technologically mediate our lives as some sort of ‘truth-filter’: that is, AI is widely considered to be unproblematic, neutral and benign. Yet numerous studies worldwide are revealing that such technologically mediated interventions are anything but unproblematic, neutral or benign, and instead, not only replicate, but intensify and embed underlying biases and injustices. Sociology, however, with its analytical lens that is specifically designed to understand multiple world-views, is uniquely placed to mediate between technology such as AI and other digital platforms to ensure that the human experience in all its diversity is allowed to flourish. The dangers of eliminating sociology and other social sciences from such analysis of technologies is frankly a dystopian nightmare in the making.

For all these reasons, we believe that sociology, and the broader cognate disciplines in the social sciences, are core to the tertiary institution in 21st century Aotearoa.  The university’s role as the critique and conscience of society, and as the educators of our young citizens, demands that we retain the critical perspective that sociology brings to the table.