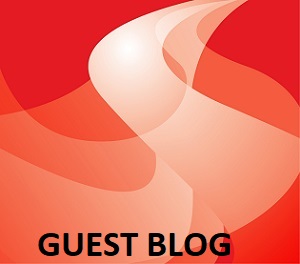 I was already convinced that my research was important, as I’m sure every PhD student is, or I wouldn’t have decided to dedicate the next three years of my life to it.

I started my PhD in February this year after closely following the debates around assisted dying that were brought to my attention by Brittany Maynard in the US and Lecretia Seales’ case in the High Court in New Zealand. I became fascinated by the social, cultural and moral systems people drew on to make sense of the arguments to fit their worldviews on life and death. So while I was supposed to be writing other PhD proposals, I kept reading around this issue. I soon found that the views of people approaching the end of life are startlingly absent from the continued debate about assisted dying legalisation in New Zealand. In part that’s because there’s been no research about their views in New Zealand.

Rather than healthy adults, health professionals, and various religious groups, who are most vocal in this debate, it is those with shortened life expectancy facing their own mortality who are in the best position to know how they feel about assisted dying.

My research is an open enquiry into the perspectives of people with a life-limiting condition (terminal or degenerative illness with less than 12 months life expectancy) who want or would consider an assisted death, were it legally available to them. Assisted dying is a highly topical and globally significant issue, and is of national interest given the current controversy over its legal status. However, the voice of those who want or who would consider choosing an assisted death (were it available to them) is missing from the discourse in New Zealand.

My research just got a whole lot more important when ACT Party MP David Seymour’s End of Life Choice Bill was pulled out of the ballot tin (yes, it is actually a tin – see official government GIF) on the 8th of June. This means it’s going to get the chance to be debated and voted on in Parliament.  Seymour’s proposed legislation would allow people with a terminal illness or a grievous and irremediable medical condition the option of requesting medical aid in dying under certain circumstances and if they meet the criteria.

In the rest of this blog post, I’d like to reflect on what the Bill being drawn means for my research at this early stage.

I’ve always known this day may come but I thought it was unlikely given the chances (1/63). My more immediate thoughts were about what the Parliament’s Health Select Committee’s recommendation was going to be after the hearings and submissions for and against Maryan Street’s (and 8,974 others) petition regarding medically assisted dying; we still await that report.

It’s hard to know how the Bill will get on, how quickly any changes are likely to come about if it does get through the various rounds of debate and voting, and therefore how much to make of it.

Assisted dying bills, entitled ‘Death with Dignity’ have been debated twice before by New Zealand Parliament and defeated at their first reading 61-29 in 1995 (Michael Laws, National Party); the second attempt in 2003 (Peter Brown, NZ First) was a much narrower margin at 58-60. Certainly, politicians are cautious about assisted dying despite consistent findings of numerous surveys and polls that on average 70% of respondents support legalisation change. My analysis of the previous NZ research on public attitudes shows support among Pākehā (72%), Māori (68%), and Other (67%). There is less support but still a majority among Pacific people (57%) and Asian (53%). Indians are least supportive (43%).

The potential law change affects the landscape in which my PhD takes place.

I am writing these developments into the narrative of my thesis as they occur. Up until now, the idea of someone being able to request to end their life was relatively hypothetical (although it does happen illegally in small numbers, (Malpas, 2015)). When discussing my participants’ desire for an assisted death, I have to add the caveat ‘were available to you’. By the end of my thesis, this may not be necessary, however, their attitudes to this option will remain the focus of my research.

Many people, particularly those eligible for my study, will be relieved that this debate is going to happen in front of Parliament.

One good thing to come out of the Bill being drawn is its stimulating public discussion. I try to keep abreast of the public commentary that is coming hard and fast at the moment. I’m interested in the discourse of what is and isn’t able to be said in this debate. I’ve become that person who everyone associates with assisted dying and though I appreciate the recommendations, yes, always thinking about death and dying can be a little exhausting.

The media coverage of the issue is likely to continue to receive may work in my favour for recruitment, as assisted dying may be on the minds of potential participants when I start recruiting later this year.

If the Bill is voted down, it may go the other way and put people off my study as they realised the slim possibility of choice at the end of life has been defeated. Then what for my PhD research? My participants will be pissed off! I may be on the receiving end of some of this anger in interviews.

Would that make my research less relevant? Possibly. It may be years before it comes to Parliament again. Regardless, I am still interested in the reasons my participants want or would consider an assisted death, even if they can’t legally be medically assisted to die.

Whichever way the Bill goes, it’s not just about me and my research, but the suffering of people approaching the end of life. Sociological concepts such as medicalisation, death awareness, epistemic injustice, biopower and rarefaction will help to understand how people make sense of their experiences of death and dying and of choices at the end of life. Research that explores New Zealanders’ explanations and motivations for considering an assisted death will help to shed light on our unique local context and inform societal and political debate.

Jessica Young is a PhD Candidate at The University of Otago.